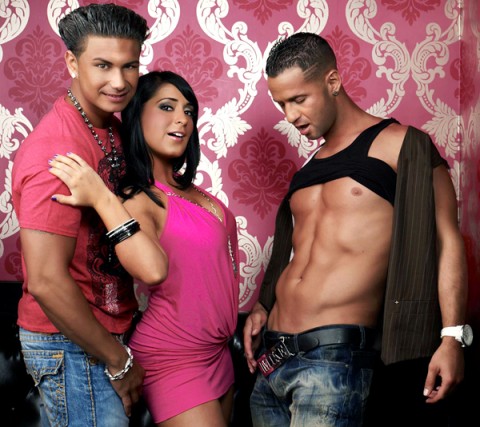 Angelina Pivarnick sounded pretty confident about her decision to leave Jersey Shore but with her hopes riding on a yet to be realized TNA Wrestling contract and a failed hip hop career it looks like she’s opening up about her regrets of leaving the show.

“I would be a liar if I told you I didn’t miss it, because I actually do. I miss the fact that I was part of such a big TV show.”

Angelina had walked about the show twice before ending her contract with MTV last year. She said at the time that the show had spiraled her into depression. Specifically Pivarnick says her cast mates brought on her depression through their constant torment.

Pivarnick then took a stab at the show, saying “it sucks without me” despite the shows huge ratings, including last weeks season three premiere which saw 8.45 million viewers, making the show MTV’s most watched single telecast of all time!!!

“That girl — she’s a slob, she’s a whore, she’s just something that everybody’s making fun of.”