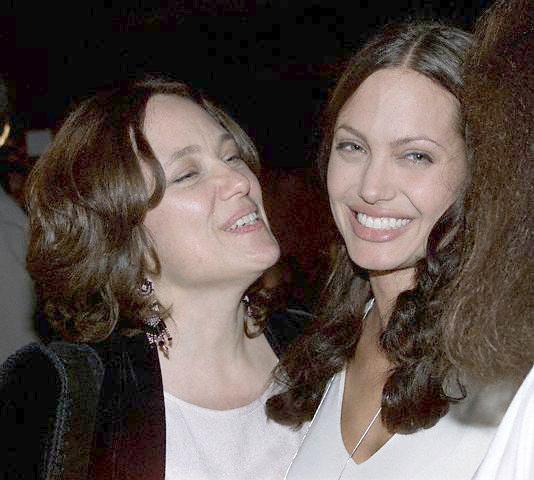 I’m sorry to be posting more than one item concerning deaths this morning, but it just can’t be helped.

From a family statement read after Bertrand’s death, 31-year-old Angelina, her beau Brad Pitt & Angelina’s brother James Haven were all at the hospital when Marcheline passed away.

“Angelina came to visit her two weekends ago and spent the afternoon with her in her room,” an insider revealed.

The former actress raised Jolie & Haven as a single mother after she & her husband Jon Voight divorced in 1978.Â  Bertrand appeared in the moviesÂ Lookin’ to Get OutÂ & The Man Who Loved Women .

A private funeral is being planned & in place of sending flowers, the family of Bertrand is asking that donations instead be made to the Women’s Cancer Research Institute at Cedars Sinai.

Our thoughts are withÂ the family during thisÂ time.