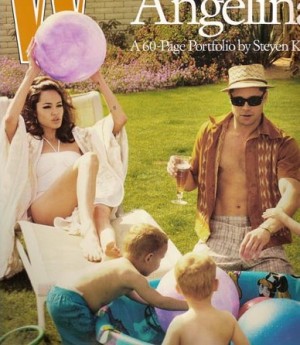 AngelinaÂ Jolie & Brad Pitt’s chief & beloved bodyguard Mickey Brett isÂ facing legal action in Namibia on charges of assaulting a restaurant owner.Â  The Irish-born hooligan will be summoned before a Namibian court for reportedly beatingÂ up Thenus Duvenhage &Â subsequently damaging his eye.Â Â
Â
Brett has been widely criticized for his heavy-handed approach to bodyguarding & caused controversy while taking care of the Jolie-Pitt family as they were preparing for the birth of their first biological child together in the African country.Â  Duvenhage stated that he was escorted off from an area where the Hollywood couple were present & made an “offending sign” before driving off.

The Namibian local alleges Brett gave chase after the finger was produced, forcing Duvenhage’s car off the road.Â  He goes on to state that he was kickedÂ & punched by the bodyguard Brett & has serious injury to his eye.

Duvenhage’s lawyer announced, “Since Brett is a foreign national and about to leave the country, we abandoned the arrest because he deposited a sum of money as security at his lawyer’s office, covering the damages claimed plus legal costs.

“We now contemplate when to have the summons issued to Brett and the law will take its course.”

Meanwhile the Jolie-Pitt tribe left Namibia Saturday following their April 5th arrival.Â  In a recent press conference Brad Pit offered, “We are very proud that our daughter was born here, and we leave with fond memories and definitely hungry to return.”