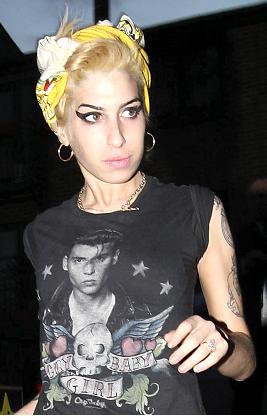 British chanteuse Amy Winehouse has been nominated for six Grammy awards and the “Rehab”-bed superstar is really keen on performing live during the awards show. But this could be put in jeopardy if she does not prove that she has really cleaned up her act (she recently finished her rehab treatment a few weeks ago). There are reports that the US might not grant her a visa is she does not pass her drug tests.

Screw US immigration! You won’t let a true talent like Amy Winehouse in but let a no-talent skeleton like Posh Spice to live in LA?!