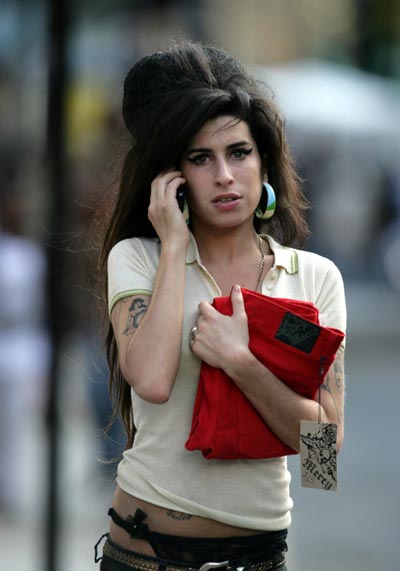 Amy Winehouse is giving good ole Lindsay Lohan a run for her money,Â as theÂ British singer is the newest celebrity trainwreck in town.

Winehouse has reportedly hit the ground running after she left rehab for the second time in one week after she had a major blowout with hubby Blake.

The songbird left her cage for the first time on August 17thÂ so she could “visit theÂ head doctor,” but the head doctorÂ apparentlyÂ turned out to be a bartender &Â Amy ended up at the Causeway Clinic inÂ Essex for the second time onÂ Sunday evening.Â

But according to the UK publication, The Sun, Amy has once again left rehab.Â  Well, at least she’s consistent & reliable, eh?