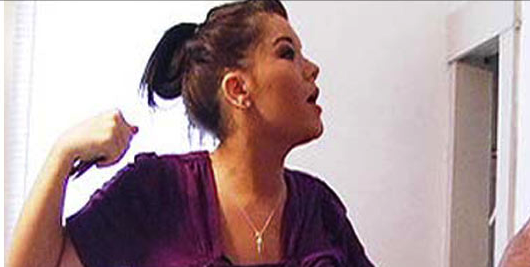 Amber Portwood of “Teen Mom” fame has been charged with felony domestic violence after she beat up her baby daddy right in front of her daughter.

After an investigation that lasted several months, Amber was officially charged by Madison Country Prosecutors on Monday morning with two felony counts related to domestic battery and one felony count for neglect of an independent (for performing the act in front of her child). Amber was also charged with domestic battery, a misdemeanor charge.

The charges stem from three different attacks on Gary Shirley from August 2009 to July 2010, with some of the incidents being caught on tape.

Amber Portwood could face up to three years in jail and up to $10,000 in fines.