.
You are here: Home / Celebrities / Amanda Seyfried on Relationships, Sex and Nudity 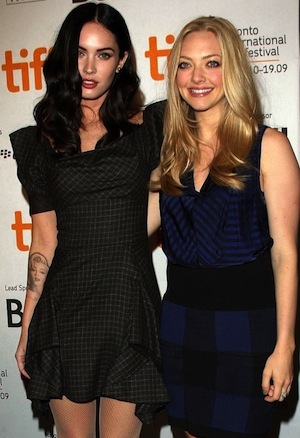 While some people can’t get along in the same house, Amanda Seyfried and BF Dominic Cooper have managed to make a long-distance relationship work. By “long distance,” we mean we’re not even talking about them being in the same country let alone the same state. In fact, he’s in the UK.

How do they do it? Tons of frequent flier miles and Internet-connected computers with webcams to chat on when they can’t be with each other in person. Bravo you two for making it work for three years now. But can you really get to know someone when you’re not living together? What about all those annoying habits that only “appear” when you finally live together? Or after so long, do you have enough confidence in yourself and trust in your partner that you don’t take offense at inconsequential things such as leaving the cap off the toothpaste or shedding hair all over the place?

Seyfried, who admits her long-distance relationship hasn’t been easy, will appear in Letters to Juliet. (The movie opens later this month and also stars Vanessa Redgrave, who recently lost her equally legendary sister Lynn Redgrave.) She appeared in 2008’s Abba-inspired Mamma Mia!, in 2009’s twisted horror Jennifer’s Body (with current hotty totty Megan Fox – pictured above, at left), in 2004’s Mean Girls (with Lindsay Lohan), and other movies and shows. She currently appears in HBO’s Big Love series, which has been another tough challenge for her, requiring nudity despite her small-town upbringing that had her feeling “sex was somehow wrong,” even dirty and disgusting, when she was younger — which might in fact explain how she can make a long-distance relationship work (i.e., no stigma about “shacking up”). From the video clip of some of her Big Love love scenes, it looks as if she got over some of her sexual hangups.