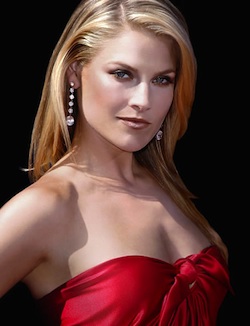 Ali Larter, one of the stars for the now defunct hit series Heroes delivered a healthy baby boy on Monday.

In a statement the couple said of their first bundle of joy:

While the couple are believe to have known the sex of their baby for some time now, the only clues came from Ali’s shopping sprees to Target and Baby Gap.

“The nursery has been really fun to do. I wanted to do a modern nursery, but also keep it very earthy and with kind of ethnic flavors.”

The couple dated for two years before marrying in August 2009.