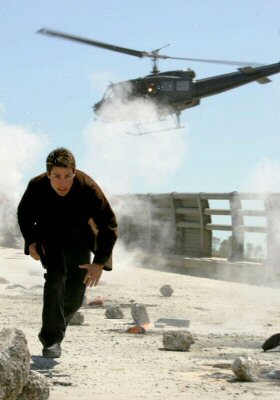 Publicity managers for Mission:Â  Impossible 3 got a different kind of publicity than they bargained for when a recent stunt went awry.Â  But don’t they say there is no such thing as bad publicity?

In LA, The Los Angeles Times newspaper racks were installed with strategically placed audio boxes which were set to play the familiar Mission:Â  Impossible tune when the door opened.Â  However, some of the boxes became disconnected and sprouted wires prompting newspaper readers to report potential bomb attacks.Â  Now come on, is the Los Angeles TimesÂ really all that bad?Â  I guess this is the part where Tom Cruise saves the day with Macgyver-like ingenuity?

The Los Angeles County Sheriff’s Department arson squad destroyed and box and stated,Â “This was the least intended outcome. We weren’t expecting anything like this.”