.
You are here: Home / Breakups & Goodbyes / 7 Personalities Who Passed Away This Year

Heaven sure did gain some new residents. [on a lighter note] We’re bidding goodbye to 7 of the known celebs and personalities who have passed away this year: 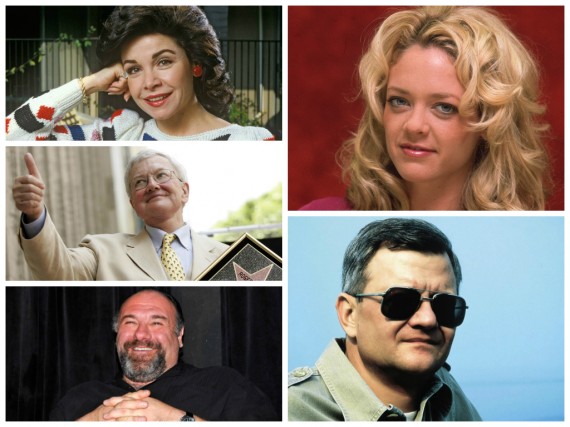 The beloved The Fast & The Furious actor died in a car crash last Saturday while on route to a charity for the victims of the recent typhoon Haiyan. Autopsy reveals “combined effects of traumatic and thermal injuries” as the main cause.

At age 66, the renowned action-thriller author succumbed in a Baltimore hospital last October, due to mysterious reasons. Clancy was responsible for penning would-be blockbusters such as The Hunt for Red October and The Sum of All Fears.

Due to heroin and alcohol overdose, the young-ish actor spent his last night at a Vancouver hotel, alone, until his deathbed. Fans and Glee co-stars grieved, especially his girlfriend Lea Michele.

Gandolfini, popular to most couch potatoes as Tony Soprano, died of cardiac arrest last June after spending a “marvelous day” with his family touring the streets of Rome. He was supposed to attend the 59th Taormina Film Festival, but never made it.

One of America’s earliest Disney teen stars, Funicello was said to have died from a 25-year battle with multiple sclerosis. She’ll be remembered well for her on-screen team-up with Frankie Avalon in numerous “beach” films, as well as several successful albums.

Earlier this year, snarky but fearless film critic, Roger Ebert, bid goodbye to the movie industry due to cancer. Writing reviews for 46 years — earning him a Pulitzer Prize for film criticism — his last critique was a favorable review of the Terrence Malick drama, To The Wonder.

The 43-year-old actress, who was one of the stars in That 70’s Show, died of reasons still unknown. Though she has been declared to be battling with alcohol addiction for a long time, evidences of foul play have also cropped up. As of press time, autopsy results are still nowhere in sight.