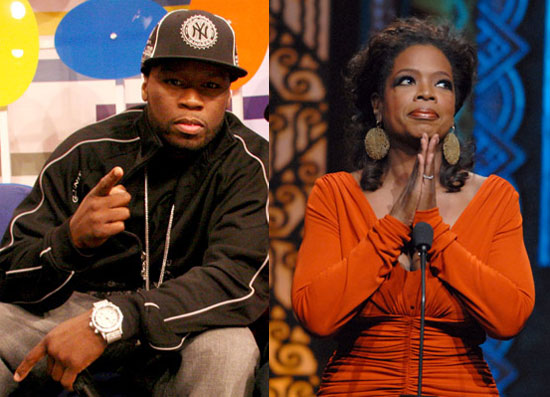 According to rapper 50 Cent, talk show host OprahÂ Winfrey is not flying her true colors.Â  In the JanuaryÂ edition of Elle, the 31-year-old rapper says that Oprah may have started with black women’s views, but sure didn’t stick with them.

Here is theÂ rapper now,Â stating that Oprah “started out with black women’s views but has been catering to middle-aged white American women for so long that she’s become one herself. I think the idea of being publicly noted that she’s a billionaire makes [black women] interested in seeing her views. But it’s even more exciting to the demographic of white American women she’s been aiming at to see that she has the exact same views that they have.”

To tell you the truth, I don’t really know why you would talk about Oprah in an interview with Elle that was supposed to be about you & your blossoming career, but whatever.Â  50 Cent is not the only rapper that has issues with Oprah,Â Ludacris &Â Ice Cube have also been critical of Winfrey, more specifically her prejudice against rappers.

What do you think, is Oprah whitey white?