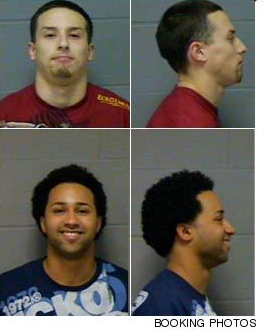 Alexander Hernandez (pictured above in the red shirt) was hiding away in a closet, while his partner was more quickly apprehended in the open.

We couldn’t have expected a more weird set of circumstances from the one-time home of boxer Mike Tyson.