Let’s admit it: aside from being one of the wittiest shows on American TV, Mad Men is a man’s show. Check out some of the show’s actresses that drove male viewers… mad! 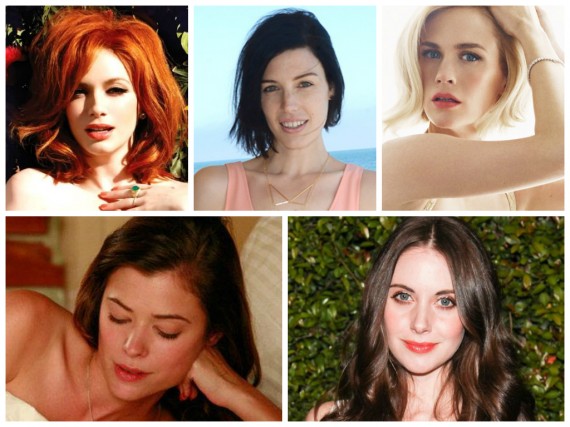 Roger Sterling’s secretary-turned-wife. A bit reasonable when she’s this hot.

Trudy Campbell she isn’t. Her acting work ranged from Hannah Montana (can you believe it?) to the hilarious Community.

Hendricks’ curvy figure is undeniably gorgeous, but be careful in saying it to her face; she prefers to be praised acting-wise.

Out of all the female stars, Jones has been getting the most attention, especially since she’s been rumoured to be Liam Hemsworth‘s paramour.

The show’s feisty Megan Draper will always be remembered for her “Zou Bisou Bisou” shiznit.